Survival, City Sim, Autonomy, Resource management and defense. Your job as a Engineer is to terraform various planets to a thriving outpost. The creative freedom could be to a Military base or a thriving city.

Inspired by games such as Factorio, Sim City, Minecraft. In Project Survival you a single engineer crashed on a procedural planet of varying difficulty. Ranging from poisonous, lava filled to lush lands and aquatic worlds. Your tasked to create a civilization on the planet. Surviving all kinds of cataclysms such as Black Holes, Planetary disasters and more.  Multiplayer will be included for multiple bases and territory play or co-op.

You are on a planet. Alone. Your goal is to either survive and build a factory to get off the planet harvesting it's resources in the process. Should you find a hospitable planet you can build a factory to manage resources then use those resources to build actual buildings and engage in city development.  As you build your city up you unlock various features such as advanced research, advanced weaponry and machines and much more.

In multiplayer the options remain the same as of singleplayer however you are not the only engineer on the planet.  There will be up to 5 engineers maximum per planet trying to get resources, building structures and more.  Will you fight for world domination or work together to survive on the planet.

Also in Multiplayer mode there will be a 'Active Nexus' meaning players online (Civillians) can join your worlds and live there. Trying to survive in your engineer built worlds. Task them to get jobs and more to build your own economy

This is all prone to change during development.

You can find more information on our official website:

http://blindsidegames.wildcardstudios.org/project-survival-early-access/
We will be updating here and the site often as development goes on.

All funds gathered here is used towards making the game to retail. 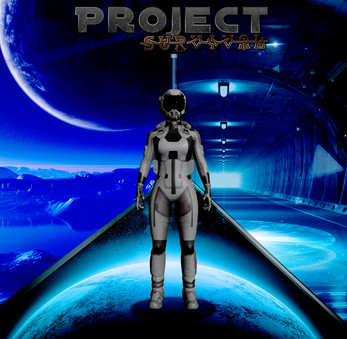